Plastic pollution is one of the leading environmental challenges today.

In a recent order, the Union Home Ministry notified all states and Union Territories to ban the use of plastic flags ahead of the 75th Independence Day.

It stated that non-biodegradable items pose a serious challenge when it comes to safe disposal, and highlighted that the Indian Flag deserved more dignity.

‘’There is a universal affection, respect for and loyalty to the national flag. Yet, a perceptible lack of awareness is noticed among citizens & well as Govt organisations/agencies with regard to laws, practices and conventions that apply to the display of the national flag,’’ it noted.

A ground check was done by North Bangalorepost and the results were a mixed bag of emotions – lack of awareness, being careless, clueless and a chalta hai attitude, even as enthusiasm to celebrate the event on August 15 was high.

Many shops & sellers were found displaying their patriotic wares.

In the open space opposite Esteem Mall in Hebbal, a string displays several flags and tricoloured wristbands urging passing motorists to stop and shop.

Paper and cloth flags have taken the lead and come in different sizes and forms like the mini laminated versions.

‘’We were told not to sell plastic flags three years ago. Plastic is not allowed. If you are caught selling it now, you will be caught and penalised. Paper and cloth flags are certainly allowed,’’ says the fiesty woman hawker.

Her sense of awareness on plastics is appreciable even as we found department stores in Amruth Nagar selling cloth flags held together by plastic straws.

As I-day nears, shops are now decked with flags made of paper and cloth, minus the plastic.

The Home Ministry has cautioned citizens to dispose flags in a sustainable and respectful manner.

So remember, do not buy a plastic flag or even those with plastic straws. This is the best gift one can give oneself and families this Independence Day as we step into the 75th anniversary of our tryst with freedom.

Prescription for safety during this festival 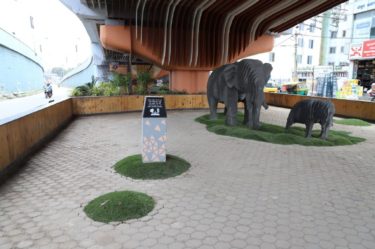 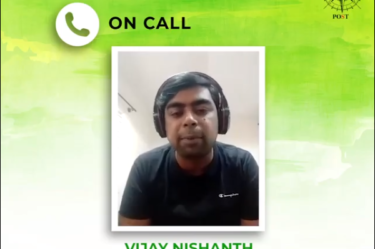 Are there enough trees for every citizen in Bengaluru?