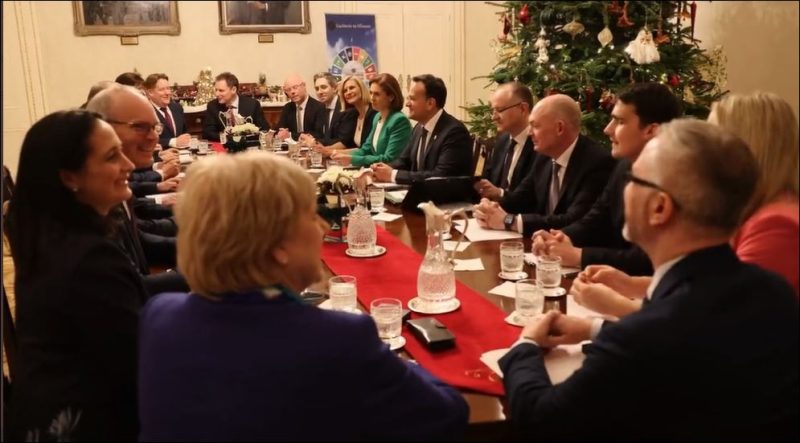 Trade volumes between India and Ireland, the only English-speaking country in the European Union (EU), may look very small for both countries, but this lone English speaking European Union member has great potential to offer India, a quantum jump in bilateral trade when international trade is witnessing ‘colossal transformation’ in the system, an Indian think tank has said.

Ireland is a key partner for India in the EU with Indian exports accounting for 1.6 percent of its total exports to the EU while imports accounting for 1.2 percent of its imports, ICRIER report titled ‘Tapping the Untapped Potential’ observed. Ireland was the only EU nation which spoke English as its primary language after the Brexit, and this country would offer India, an attractive trade base to the EU market, it observed.

During last decade, the bilateral trade had registered a 6.5 percent increase peaking in 2014, mainly because of export of airplanes and other aircrafts which accounted for 40 percent of total Indian exports. The annual exports of 1.26 billion US dollars but had gradually come down to 947 million dollars. Commodity wise analysis showed that organic chemicals accounted for 38 percent of Indian exports in 2020, basic raw material for pharmaceutical products while imports from Ireland comprised of machinery and mechanical appliances.

Although the bilateral trade figures in goods appear not so significant in size, huge untapped potential exists in trade between the two countries, be it the value of bilateral trade or trade by two countries for the rest of the world. For India, the export potential to Ireland for catering to global demand of products and services where India is globally competitive would be in the order of 19 billion dollars for 2020, the report said.

Trade potential can be released by overcoming tariff barriers and non-tariff barriers, particularly those associated with product quality and standards are a bigger obstacle for developing countries to export to developed markets. Among the top 50 export potential products to Ireland, many products are skill and technology intensive manufacturers. These tech-intensive manufacturers, though competitive and exportable to several countries are possibly unable to meet EU/Irish product standards for ensuring human health and environment in EU markets. Pharmaceutical products are one of the top export potential items, but access to new drugs is subject to lengthy decision making process.

On the measures for realising trade potential, the report said that identifying and addressing tariff and non tariff barriers faced by Indian products would help scale up the products currently exported to Ireland and facilitate diversification of Indian export basket by opening up avenues for products not currently traded between two countries.

India, the report observed didn’t have any preferential tariff access to the EU and to the Irish market. Being part of EU, Ireland didn’t have liberty to violate tariff applicable on all imports to the EU countries. Because of this, certain labour intensive manufacturing sector in India would lose out to competition from low cost labour abundant lesser developed countries like Vietnam and Bangladesh who may gain because of their duty free quota free access. Several textiles, furnishing, apparel items and motor vehicles manufacturing where India was globally competitive has significant potential for export to Ireland. However, these items faced high tariff ranging from 10 to 12 percent. A push for an India-EU trade agreement for liberalising tariff on such imports from India could help cost competitiveness, thus increase potentiality of Indian products.

Listing the hurdles faced by India in non-tariff areas, the think tank said the tariff may be low or almost zero for products associated with quality standards from developing countries to the EU. Of the 50 products with export potential to Ireland, many were skill and technology intensive manufacturers. These products though competitive and exportable to many other countries, were possibly unable to meet EU/Irish standards. Pharma products were top export potential items. During the last few years, public expenditures on pharmaceuticals were rising. Ireland alone spends about 2.7 billion Euros a year.

Citing a EU notification, the think tank said that the EU had adopted emergency measures to restrict/prohibit use and sale of approved active substance or a plant protection product if it is likely to cause serious risk to human or animal health or the environment. This regulation is likely to affect Active Pharmaceutical Ingredients (API) used as raw materials for manufacturing medicinal products. Items like petroleum oils, bituminous mineral oils (HS27) and rubber products (HS40) would also be subject to strict regulations that prohibits goods containing fluorinated greenhouse gases. For India to tap potential in these products, it would need to comply with these new regulations.

Regarding import of food stuffs to the EU, report said that the legislation was to ensure that the food placed in the market was safe to eat and without contaminants at levels that could endanger human health. However the importing nation would have to ensure that the contamination doesn’t occur during any stage of food production, packaging, transit or storage including fruits, vegetables, fish, meat, cereals spices and dairy products and so also during environmental contamination.

Overall, potential export items were primarily subject to technical barriers to trade (TBT), sanitary and phytosanitary measures (SPS) and quantitative restrictions. It would be necessary for India to address these issues to improve its access to the Irish markets.

Touching upon services sector, the report observed that total trade in services in the year 2020 was four times more than trade in goods with Ireland in that year. Bilateral trade in services has increased but the balance of trade was in favour of Ireland and India’s deficit stood at 1.1 billion dollars.

Ireland, the ICRIER report said was a significant trade partner for services with 13 percent share with the EU in 2020. Its share of India’s export to the EU was around 8.5 percent in that year and yet it was fourth largest export destination for India in the EU. Compared to this, Ireland was the largest source of services imports for  India from EU with a share of 20.5 percent in India’s total services import from the EU. The composition of services trade for Indian exports in 2020 included professional and management consulting services, computer services, transport services while from the Irish side top items included research and development services, charges for the use of intellectual property and technical, trade related and other business services. That country was a net importer of professional and management consulting services, which was one of the largest export items for India.

In terms of composition of services trade, top items for export for India in 2020 included professional and management consulting services, computer services, transport services while for Ireland top items of import included research and development services, charges for use of intellectual property and technical and trade related and other business services. Ireland is also net importer of professional and management consulting services, which is one of the largest export items for India. 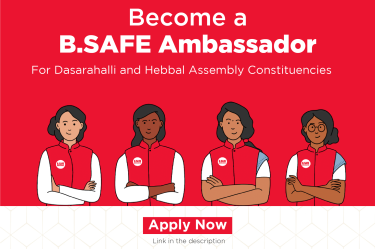 B.SAFE is the new mantra 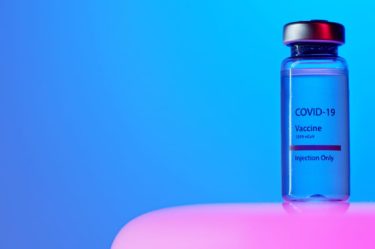 COVID-19 vaccine may not be the end of pandemic 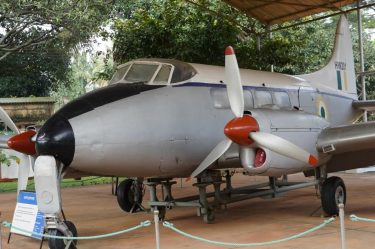