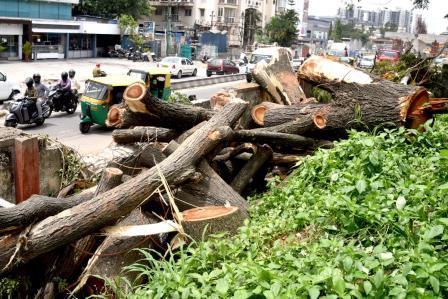 Over the past year, research has consistently shown that pollution levels across the city have gone down during the pandemic, owing to decreased vehicular traffic, industrial emissions, and construction work.

Work-from-home has ensured that fewer taxis, buses and private cars run on roads, leading to both cleaner air and tidier public spaces. Further, with concerns about health, citizens are happy to cycle and walk.

Although such measures evolved as a response to the COVID-19 crisis, they are well worth pursuing even after the pandemic passes.

Vijay Nishanth, conservationist and Bangalore’s “tree doctor”, believes that by sustaining such practices, many regressive development plans may be overcome, while pollution and tree-cutting may be curbed.

Among many major projects proposed by the Bruhat Bengaluru Mahanagara Palike (BBMP), one is the ‘Bangalore Surrounding Roads Project’, which will be carried out by the Karnataka Road Development Corporation Ltd (KRDCL). Although the project is a good step forward in connecting parts of Bengaluru Rural and outskirts to the Kempegowda International Airport, the lack of transparency from the KRDCL and the Karnataka Forest Department is disconcerting.

Under the guise of development, some reports cite that the departments are cutting down thousands more trees than is necessary (the originally-proposed number was 5000). Moreover, the pandemic-driven chaos has given the government a free pass to indiscriminately continue their construction work, ignoring environment-protection norms regarding tree-cutting, says Nishanth.

At the height of the pandemic, projects like the above one were subtly continued, but it will be a major obstacle for environmentalists to tackle the full force of such projects when things return to normal. It will also be difficult to keep pollution levels in check.

According to Nishanth, the best way to begin addressing these problems is through “better budgetary allocation and planning”. Both short-term and long-term plans must be sustainable, with “equitable development goals”. By encouraging the retention of certain habits that developed during the pandemic, we can begin building a healthier future.

“For instance, the highest concentration of traffic in Bengaluru is in the heart of the city and near  tech hubs. Despite the BBMP constructing multiple flyovers and underpasses, traffic density does not decrease. On the contrary, the time it takes to travel from one end of the city to the other increases. Furthermore, the vehicular traffic on the outskirts of the city is not enough to justify the scale at which the Bangalore Surrounding Roads Project is being carried out.”

Apart from the Bangalore Surrounding Roads Project, the city has been working on three other major projects that will result in the cumulative loss of at least another 5000 trees. These are the underpass across Ullal Main Road, between Kengeri and Magadi Road, the Subway construction project at NIS Circle, Yelahanka and the Langford Underground Metro Station, from Dairy Circle to Nagawara, which is one among eight other Namma Metro projects, including the Kothanur depot, for which over 660 trees are going to be cut.

What are the consequences of such large-scale destruction? Consider most major cities: Mumbai, New Delhi or Bengaluru. With a single day of heavy rain, half the city becomes flooded. That is primarily because the water has nowhere to go. Due to the lack of trees, soil erodes and does not retain much water.

Next, most government replanting initiatives do not serve a practical purpose. State law mandates that for every tree cut, 10 trees must be planted. However, most planting happens in areas that already have a relatively good green cover. They must instead be planted in regions that are lacking in trees, as close to the site of cutting as possible, says Nishanth.

Nishanth pointed out to North BangalorePost that it is vital for governments to decentralise planning and work at the level of wards. “Urban planning in Jayanagar would be different from Hebbal”, he emphasises. Thus, it is important to keep the immediate context in mind while coming up with development modules.

Nishanth has also recently been an outspoken critic of the Hebbal-Nagawara Valley Project, and has called for citizens to express their displeasure collectively  in the form of emails and petitions to the Forest Department’s Deputy Commissioner as 6,000 trees are being allegedly axed.

The solution to these questions are not simple, but are not impossible either. There is a need for better, smarter legislation, and a more grounded picture of the resources a city has–their limitations as well as their benefits, and a clear idea of the target population that needs to be served. 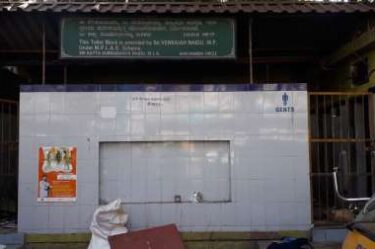 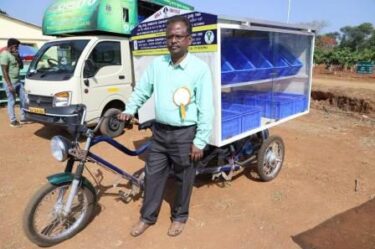 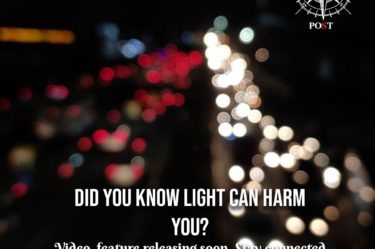 Light pollution is the new distraction