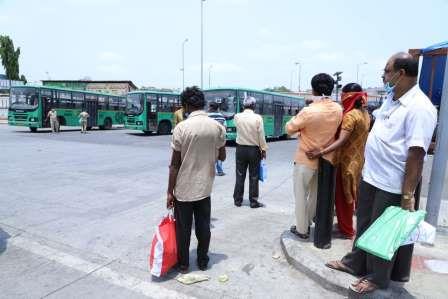 To prevent third Covid wave, best for conductors to check if Bangalore citizens have been vaccinated

The public transport system in Bengaluru would be best prepared to fend off a potential third wave if BMTC conductors are equipped to check passengers’ COVID-19 vaccination certificates on boarding.

Unorthodox as it may seem, with lakhs of commuters rushing about their business after the unlock, this is one way to bolster vaccination numbers and reduce testing.

Such measures will help increase herd immunity and encourage a return to public spaces at a time when footfall is decreasing rapidly & the economy needs a booster shot.

According to the BMTC, the number of daily commuters fell from 3.6 million to 2.5 million after the first wave, and the number of private vehicles also increased on the roads as commuters preferred the privacy and safety of their own vehicles compared to shared rides.

With a large number of citizens using public transport, making vaccinations mandatory will incentivise getting the jab, which will in turn ensure herd immunity.

Anticipating the third wave at any time, Pawan Mulukutla, urban mobility expert and head of Electric Mobility at the World Resources Institute, stresses that all buses must ply at half capacity to maintain social distancing norms, with public transport regions unlocking on a safety-first basis, much like the lifting of the lockdown.

Mulukutla believes that the only way forward is “government subsidies and graded, long-term plans” for the city’s transport behemoth.

Schemes must be “financially viable and practical in the short term, but flexible enough to be altered on the go”.

Unfortunately, the BMTC has also been witnessing a dire shortage of funds for the last three years, with falling passenger numbers and increasing diesel prices.

The Karnataka government has not yet approved requests for a 20% fare hike, fearing citizen backlash. From where, then, is the BMTC to get its funds?

C. Shikha, Managing Director, BMTC, recently said that the EPKM has dropped from Rs 45 to Rs 35 after the pandemic, while CPKM has risen from Rs 60 to Rs 65, owing to diesel price hikes.

Due to a lack of government funding, reluctance to increase fares, high fuel prices and rising employee salaries, the BMTC has clocked cumulative losses of Rs 800 crores.

However, experts and elected representatives feel it is also the duty of the government to maintain salaries and protect the interests of bus, taxi, and auto-rickshaw drivers by ensuring vaccinations for them all at the earliest.

Doing so will preserve their means of livelihood, as well as encourage the public to begin using such facilities again instead of opting for private vehicles.

P. C. Mohan, a Member of Parliament from the Bengaluru Central constituency, believes that, because the BMTC is operating under loss, government funding “can be utilised to augment its fleet and used toward other capital costs that will help streamline its operations”.

He says that “this kind of budgetary support will go a long way in cushioning the corporation and lead to an increase in the number of commuters”.

Conceptualising a renewed public-transport scheme for the next year will pave the way for a more robust programme in the five years that follow.

The government must begin with a one-month plan (vaccination certification), then move to three-months (graded unlocks of public transport services and second-doses of vaccines), then five months (building long-term herd immunity), and so on.

Doing so will allow BMTC to tackle the pandemic and other issues, such as rising fuel prices and diminished footfall, more efficiently.

All these interwoven plans will help the government anticipate and respond to a possible third wave.

If the third wave is to be anything like the second wave, that we have witnessed, then bouncing back without proper mechanisms in place will be all the more difficult, especially while managing public spaces. 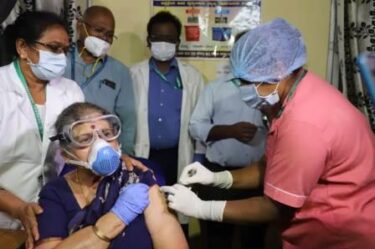 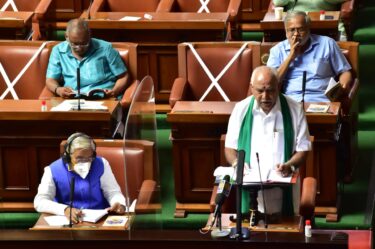 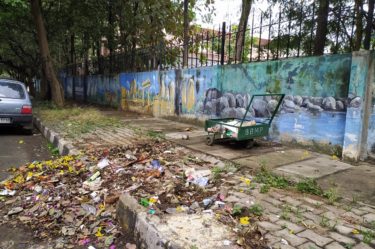